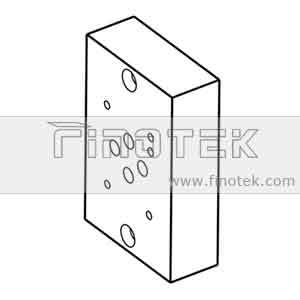 The D03 subplate bottom ported is mostly mounted in hydraulics system, to convert the modular valve from panel connection to threaded connection. All of our D03 subplate are fine surface treatment in order to seal well with the valves and no leakage while operation.