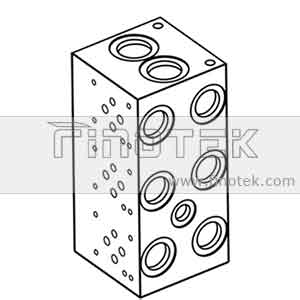 The design of BM6SN hydraulic manifold is used for actuators to be controlled by all of the valves mounted, each NG6 valve assembled will affect the function of controlled actuators, one or two valves problem would lead the abnormal operation of hydraulic manifold block, usually equipped in the hydraulic system requires sequence movement.