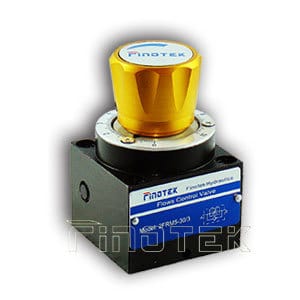 2FRM series of throttle flow  control valve is mostly affected by its difference of loading pressure (Its outlet pressure) under certain flow condition due to its poor rigidity characteristics. This normal flow control valve is hard to maintain the steady movement speed of hydraulic actuator, therefore, this kind of throttle valve is only used for the working condition where requires less variation of load and stable operation speed. But it is much difficult to avoid the changes of loading pressure, in order to improve the performance of hydraulic speed system, the pressure compensate to throttle valve is usually necessary, that is to take a method keeping steady pressure on the inlet and out ports of throttle control valve while there is a different pressure on the load. The flow rate of normal throttle valve depends on its opening size between bore and needle pin.

The 2 way flow control valve of 2FRM series is the combination of pressure difference reducing valve and throttle valve in parallel connection. The 2FRM two way flow control valve applies for the principle: the changes of flow rates leads to different oil pressure in pipeline, which will be able to keep the pressure through the negative feedback of valve poppet to automatically adjust the difference pressure in the throttle section. 2FRM two way flow control valve is actually designed for maintaining a continual flow rate but independent of hydraulic pressure and oil temperature. The main parts of the 2FRM are valve housing(2), hand operation knob(1), orifice throttling bush(3), pressure compensator(6).The movement of fluid flow from A oil port to B port is limited at the throttling spot(8). The rotary knob(1) is be able to adjust the throttling section.

Keeping the constant flow in B line, there is a pressure compensator (6) is needed to install in the down steam of the throttle spot, which is independent of the hydraulic pressure. The pressure spring presses the compensator(6) and throttle poppet 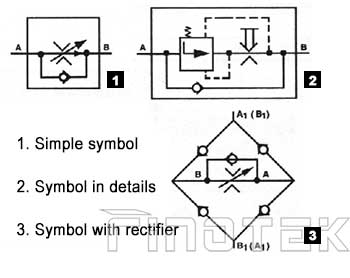 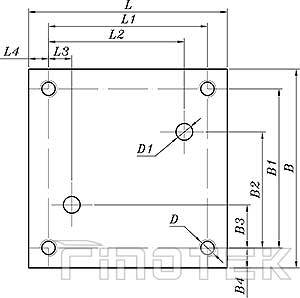 2FRM5 – 2 Way Flow Control Valve With Key And Base 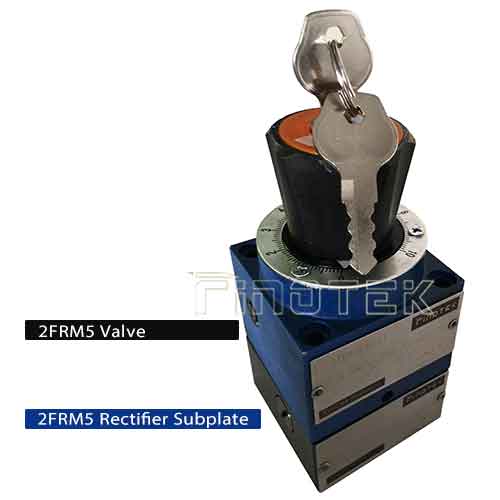 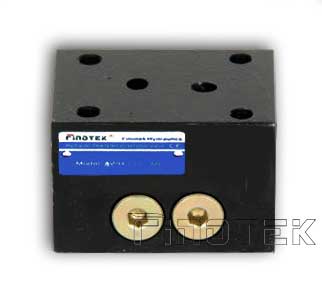